Showing posts from June, 2019
Show All

- June 30, 2019
The dangers of dehydration are well recognized. What about over-hydration? Too much fluid can kill as surely as too little. The FEAST ( F luid E xpansion A s S upportive T herapy) Study reported in the New England Journal of Medicine in 2011 changed the conventional thinking on how to hydrate a sick child. Over 3000 seriously ill African children with fever and poor blood circulation were treated with different intravenous fluid regimes on arrival at hospital. The 48-hour mortality was 3.3% higher in children treated with a larger fluid volume. This might not seem like much but 3.3% of the half of the 3000 children who received the extra fluids equals 50 children! The children died due to cardiac collapse 2 to 11 hours after treatment with the higher volume of intravenous fluids. The children admitted with malaria at the MSF hospital in Kenema already have a stressed heart when they arrive. The parasite breaks down red blood cells which clump up and narrow the corona
Post a comment
Read more

- June 29, 2019
Beautiful girls and boys. I was surprised. Guess I naively thought the children would all look malnourished and generally unwell. Most of the children I see in the ER are well-nourished and loved infants and toddlers much like at home. They started their life in a good home with good parents and were fed good food and loved. They reached the normal developmental milestones. I have grandchildren the same age who look the same. Then the rainy season started and armies of mosquitoes invaded their homes. A female mosquito bites them during sleep. It takes a few weeks or a month for malaria to develop. They all develop malaria. Just depends on how severe and how often. Malaria is the fourth most common killer of children under five years of age in the world. Malaria in children is more aggressive and more likely to progress to severe malaria with seizures, low blood sugar, severe anemia, and sudden death. I’ve seen a lot of severe malaria in my first week. Fifty pe
Post a comment
Read more 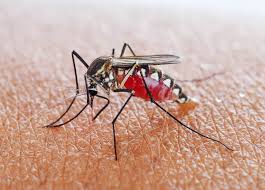 The Chinese (Sun Tzu) adage, "know thy enemy" is appropriate. The tiny mosquito kills more humans than any other animal! Three species cause the majority of known mosquito-human infections - Anopheles, Aedes, and Culex. Anopheles is the malaria vector. Aedes carries Dengue, Yellow Fever, Chikungunya, and Zika. Culex is responsible for West Nile.  Anopheles females feed (bite humans) from dusk to dawn and this is why insecticide treated mosquito nets are essential. Aedes females feed during the day, mostly early and late in the day. Topical insecticides are effective deterrents. Recent genetic control strategies involve the sterilization of males.  A bout half of all the deaths in children in Kenema region are due to malaria. A study in 2010 reported 100 deaths due to malaria. This number underestimates the true mortality since other children died without official notice. The most mortalities occur in June, the second month of the rainy season. This likely reflec
Post a comment
Read more

The Politics of Fear 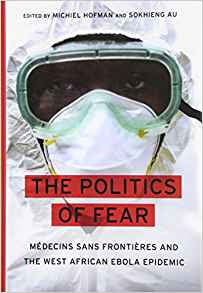 MSF has a “quasi-monopoly on the management of Ebola virus epidemics in sub-Saharan Africa.” So wrote Mit Philips, author of one of the essays. Good to know that the organization I work for has experience with this terrifying illness. Fear was a pervasive factor that slowed the response to this deadly epidemic. The international medical and political communities were slow, the local authorities were slow, the NGO’s were slow. Even MSF was slow. Fear can do that. We are hard-wired to either Fight or Flight. Flight was a common choice. MSF decided to fight. This collection of essays addresses many of the logistical challenges and ethical dilemmas.   A common heart-wrenching dilemma was how to balance access to care with quality of care. The available infrastructure and staff resources were limited and hard choices were made. Likely many of the survivors and their medical caregivers harbour a conflicting legacy of emotions about the choices. Every situation
Post a comment
Read more 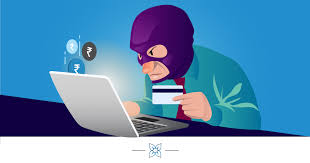 Before leaving for Sierra Leone, I visited my daughter Christine and her husband Josh in the United States. Both are electrical engineers. They met at MIT and they know their stuff.       They recommended enhanced security for my laptop and phone. West Africa, especially Nigeria, is the identity-theft-capital in the world. I agreed to all their suggestions. I now have double encrypted security for my android phone and Mac laptop. They advise that these devises will almost certainly be stolen, hopefully later in my mission than sooner. If the devices are stolen, I will not lose my financial identity. Thank you Josh and Christine.       Josh raised my awareness to the personal security risks in Sierra Leone. While not a conflict zone, there is widespread crime and corruption. Sad but prevalent in any poor economy. This is one cost of poverty. While sympathetic, I do not want to be a victim. Notwithstanding a lifetime of travel experience, Josh improved my awaren
Post a comment
Read more
More posts